When Cycle Chic Cyclists Join the VeloCity Parade in Nantes

Velo City took place last week in Nantes (France) and two members of Belgium Cycle Chic attended this international congress. As always, a bicycle parade has been organised which professionals and a massive number of inhabitants of Nantes joined.


No more cars but 7.000 cyclists in the city-center of Nantes. 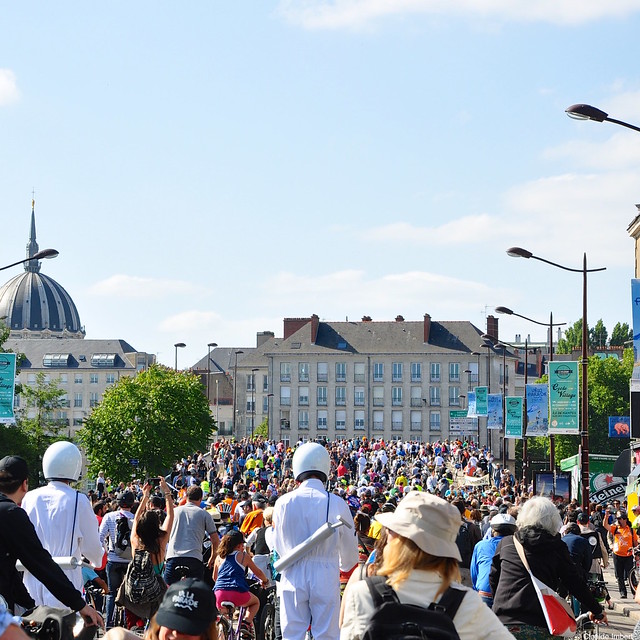 The parade is the perfect moment for cyclists to dress up and ride unusual bikes. 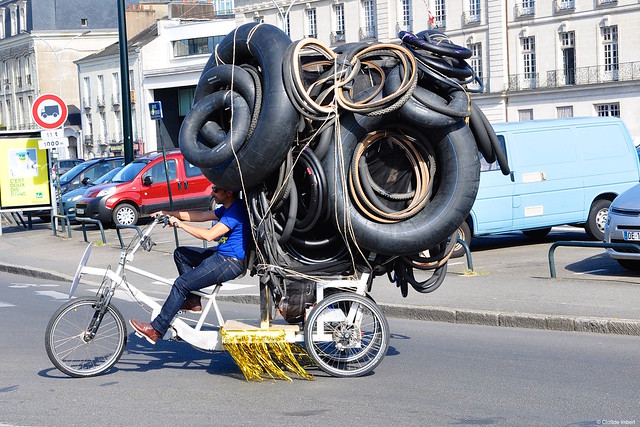 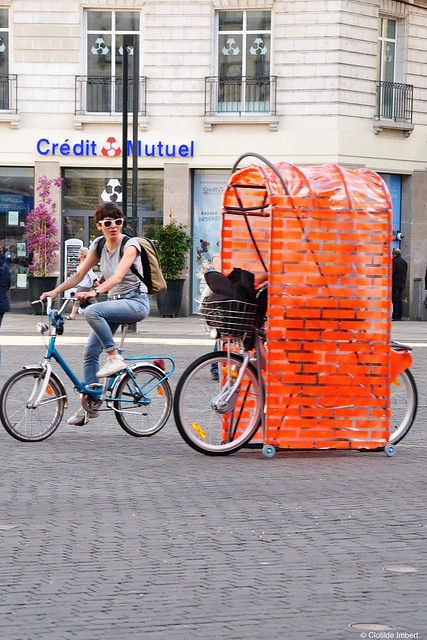 When I say international, I mean that people from ALL over the world (80 countries) attended Velo City, even Hawaii was represented. 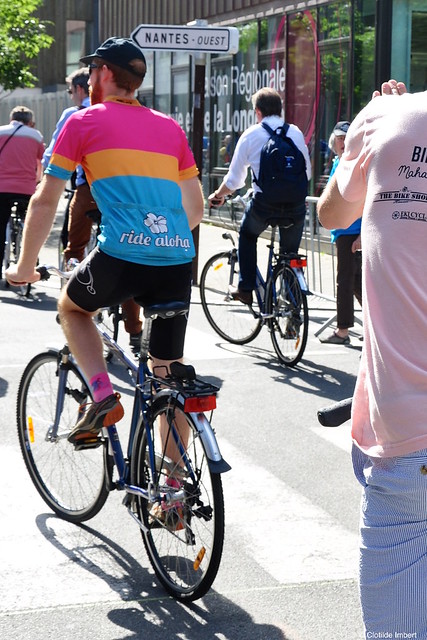 Number of cargo-bikes in Nantes has increased a lot these past years and has become a usual means of transportation for families with young children. 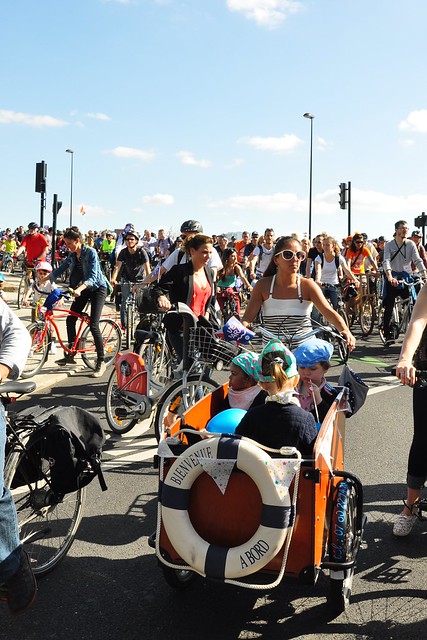 But most importantly, cycling in Nantes is now considered as a real alternative for your commute. Citizen cyclists represent the majority of the bicycle users. 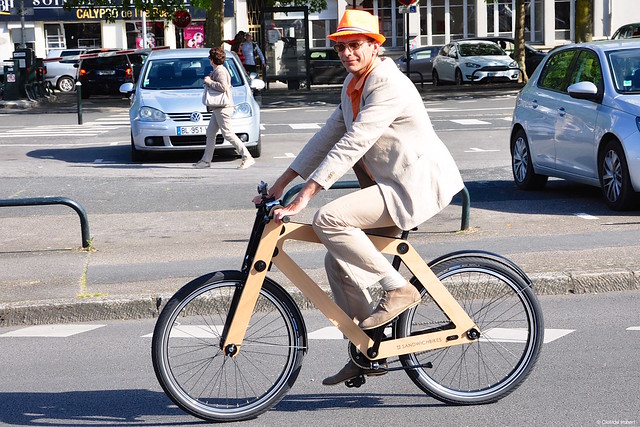 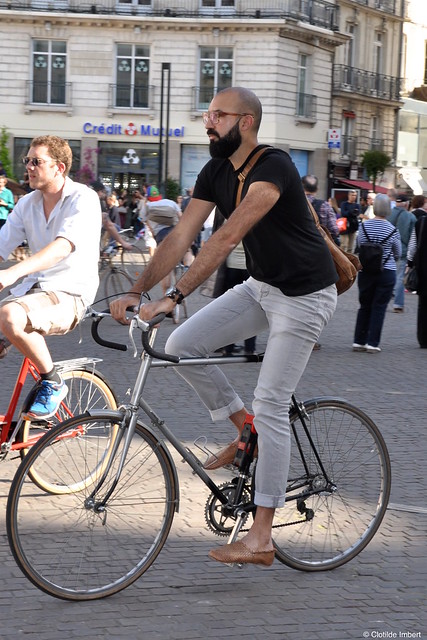 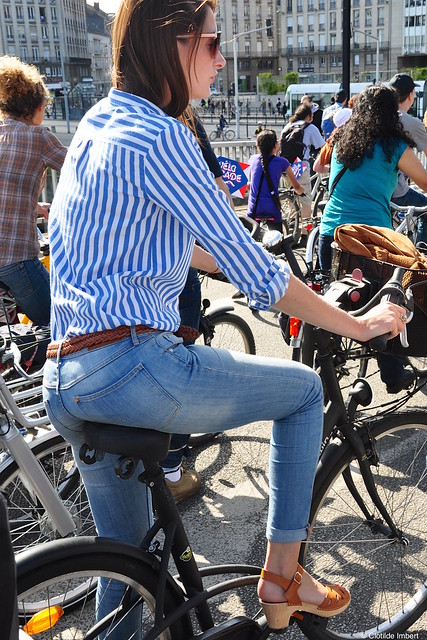 When a bike parade takes place in a city-center during the rush hour, local cyclists going back home can be spotted all around the parade.... 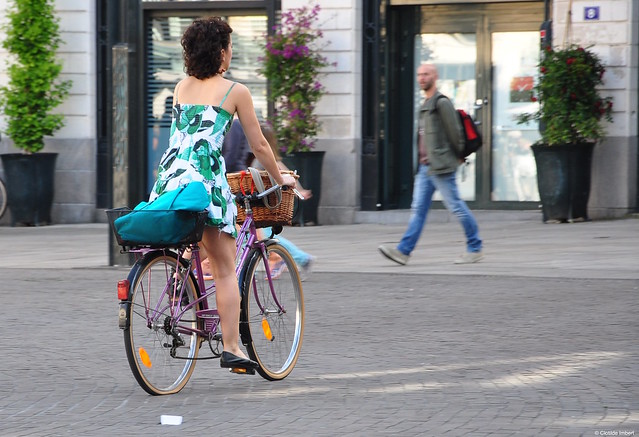 … or a Bicloo (the local public bike). 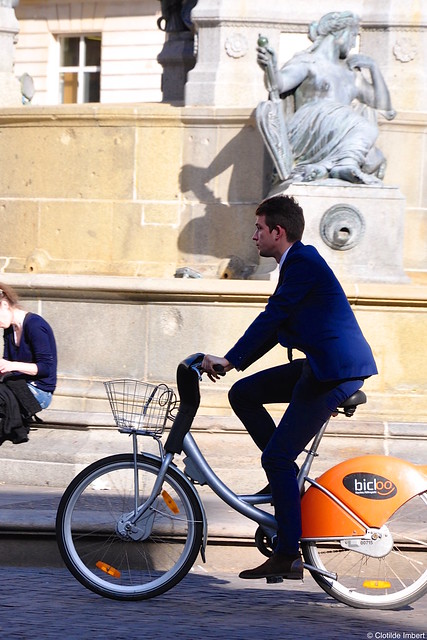 To finish, one of the star of the event has been a little device, discrete but useful: le Poupoupidou. Here at Cycle Chic, we highlight cyclists riding while wearing regular clothes.
Read the manifesto here.
But sometimes, a small accessory can be useful.

Le Poupoupidou gives a perfect solution for women riding with a skirt without risk of flashing people. Smart!